Nathan's very first recording from 1997. See the liner notes below.

Back in 1996 and 1997 I was working for Southern IL University in a studio writing music for university commercials. There I had access to a reel to reel machine, and then ADATs, which gave me the opportunity to lay down a few tracks of my own. This album is the result of that freedom. Thanks to Phil Bankester for giving me time in his office.

It was during this time that I was listening to a whole lot of Leo Kottke and trying my hand at instrumental guitar. You will certainly hear the influence, though very little of the his virtuosity. It was, however, a beginning.

Note: The extra songs shown on the cover art were included with the original CD. They are no longer available. 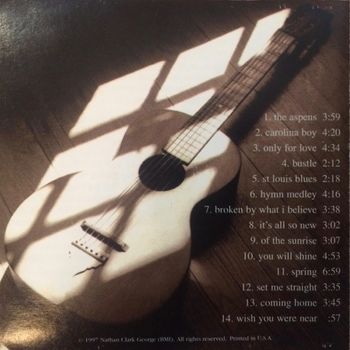 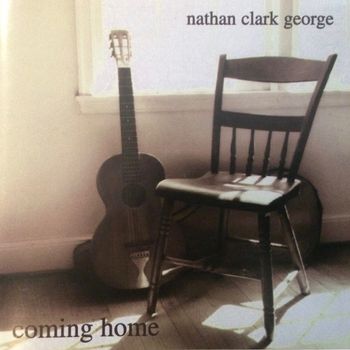